Blog Post #47: The Only Thing That I Can Articulate

As the school year is coming to end, my English class has been entrusted with the task to do a final blog post about either the best or worst thing.

Now this can be literally anything in the world, so I’ve chosen to do a fusion of the two on the topic of the future (DUN DUN DUN).

Just kidding; it’s not that bad.

For me, the future is a concept so bizarre and so intangible, that’s is hard to imagine why anyone could ever fear it. But they do, and I do, and that’s why it’s one of the worst things in the world.

The future is so awful for a lot of people, I think, because there is no assurance, no guarantee that everything’ll be okay.

If you’re like me, you need constant certainty about everything all of the time. I need to know that everything is going to work out the way that I want it to, and if I don’t have those answers, I freak out and I panic and I have a complete meltdown.

But the future is open to both pessimists and optimists, and I think it’s important to remember that there is no one way to look at the future. I mean, I am a little or a lot bitter about the future, but at the same, it’s so full of possibilities and opportunities that I couldn’t ever dread it.

I think all of my posts so far have been leading up to this one, and now I don’t even know what to say. I guess I better change the title of this post. But that’s the thing about the future: you can do anything. You don’t have title to define it or you and anything is possible.

It’s kind of like a New Year’s resolution; you don’t know whether you can achieve it or not, but for one moment, it’s possible and anything is possible.

I wrote a little thing about the future a while ago, and it’s meant to be in a story or something, but I’m going to share it here now.

“It’s overwhelming, and incredible, and astounding, and mesmerizing, and I can see it unfolding in front of me like perfect untouched snow, uninfluenced, incorrupted by the harsh realities of human nature.”

The truth is, you or I don’t really know which way the future will unfold, but it will and yeah, it’s like this overpowering sense of urgency and unpredictability and a constant reminder of your own mortality, but it’s also this inconceivable idea of anticipation and freedom and the potential for anything and everything. But in this case, inconceivable doesn’t mean unattainable.

Maybe the best thing isn’t the future itself, but the hope invested in it.

Or maybe the worst thing the fact that at any one point, any one of your actions or any one of your words could change your life forever. And maybe you’ll lose someone, but then again, there’s always the change that you’ll gain something even bigger with those actions and words.

I think people always assume the worst-case scenario and maybe this is the ultimate human condition – we can’t dream bigger. We are realists and pessimists and we are too accustomed to disappointment and pain, but here is something that has no predecessor and no precedent and nothing to shatter our dreams and nothing to build our hopes. It is literally a clean slate, a blank page, the start of something new. 😉

This entry was posted in All, Personal, Reframed and tagged advice, almost done with school bitch, blog, castle is the best, cause i think theyre very clever, change, clever dever, english, everything goes back to castle, future, him and jenny like man that is some cute stuff, holy shit i love seamus dever, i don't even have any actual tags, i hope ppl read these, i hope you guys like this post, i love american authors, i'm watching bones now though, inspire, just secret messages, literally the bodies are gross but i love looking at them, meaningful, my li li li li liife, that sounds like the weirdest thing ever i don't even know, theriault, this is gonna be the best day of my liiiiiiife, this is my final, world.

END_OF_DOCUMENT_TOKEN_TO_BE_REPLACED

If I could have a favorite suicide note, this would be it. 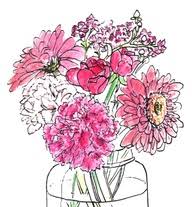